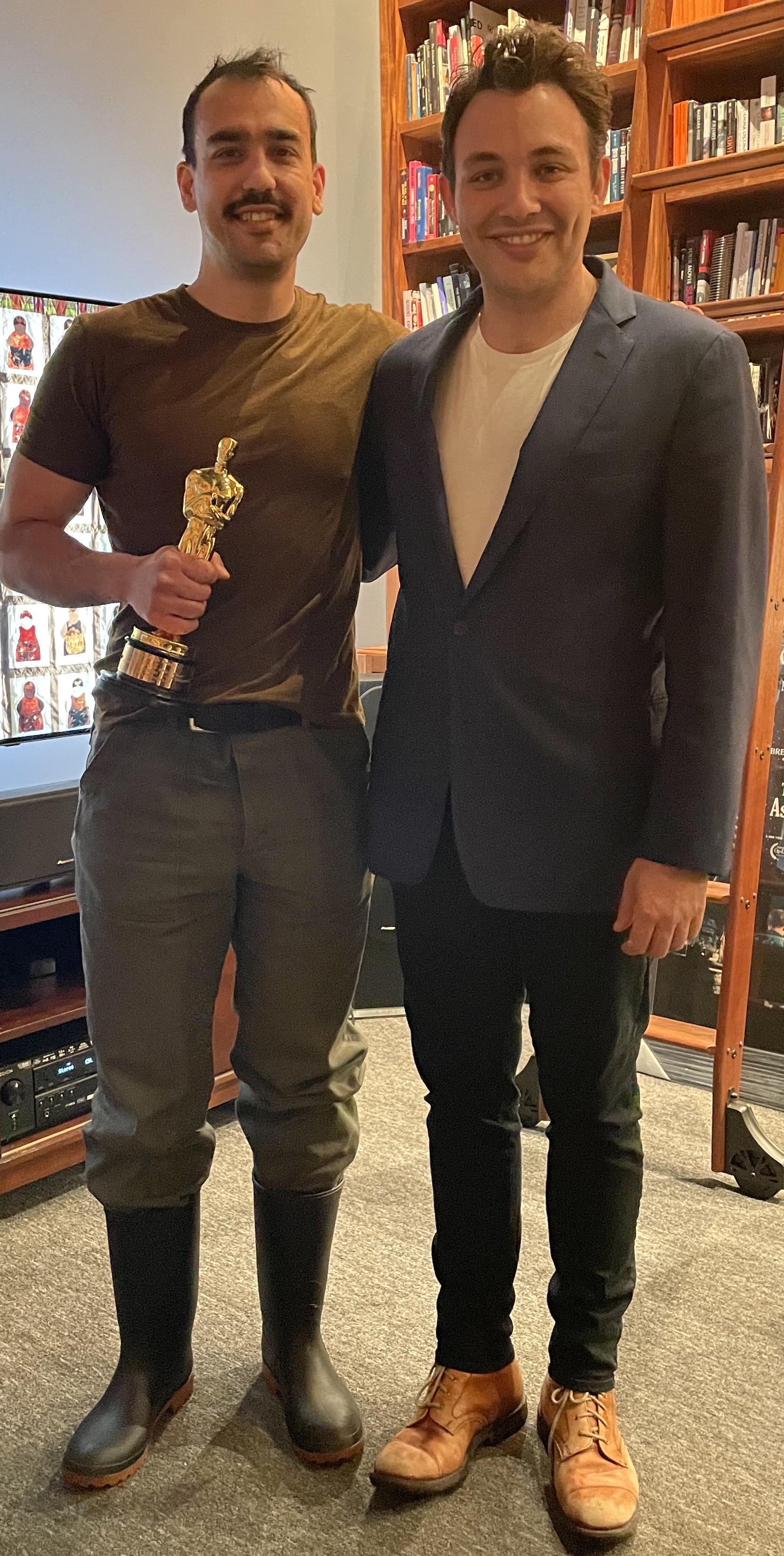 Stephen Derluguian is a freelance colorist who lives in Los Angeles, CA.

Stephen was born in Krasnodar, USSR, to professor parents and is of Russian, Ukrainian and Armenian descent. Work was scarce when the iron curtain first came down, and so, when he was just a toddler, his family moved to Chicago. Stephen grew up watching classics of international and Soviet Cinema on VHS.

Today Stephen’s passion has become his work and everyday he strives to contribute to creating thoughtful, vital cinema.

Pictured here (On left) holding the Oscar for "The Queen of Basketball" with Director Ben Proudfoot. Although it may have been raining in LA that day, it was not raining in this colorist's soul.

Fluent in Russian, So So in French