Thinking Like A Colorist. A Case Study of "A Concerto is a Conversation" 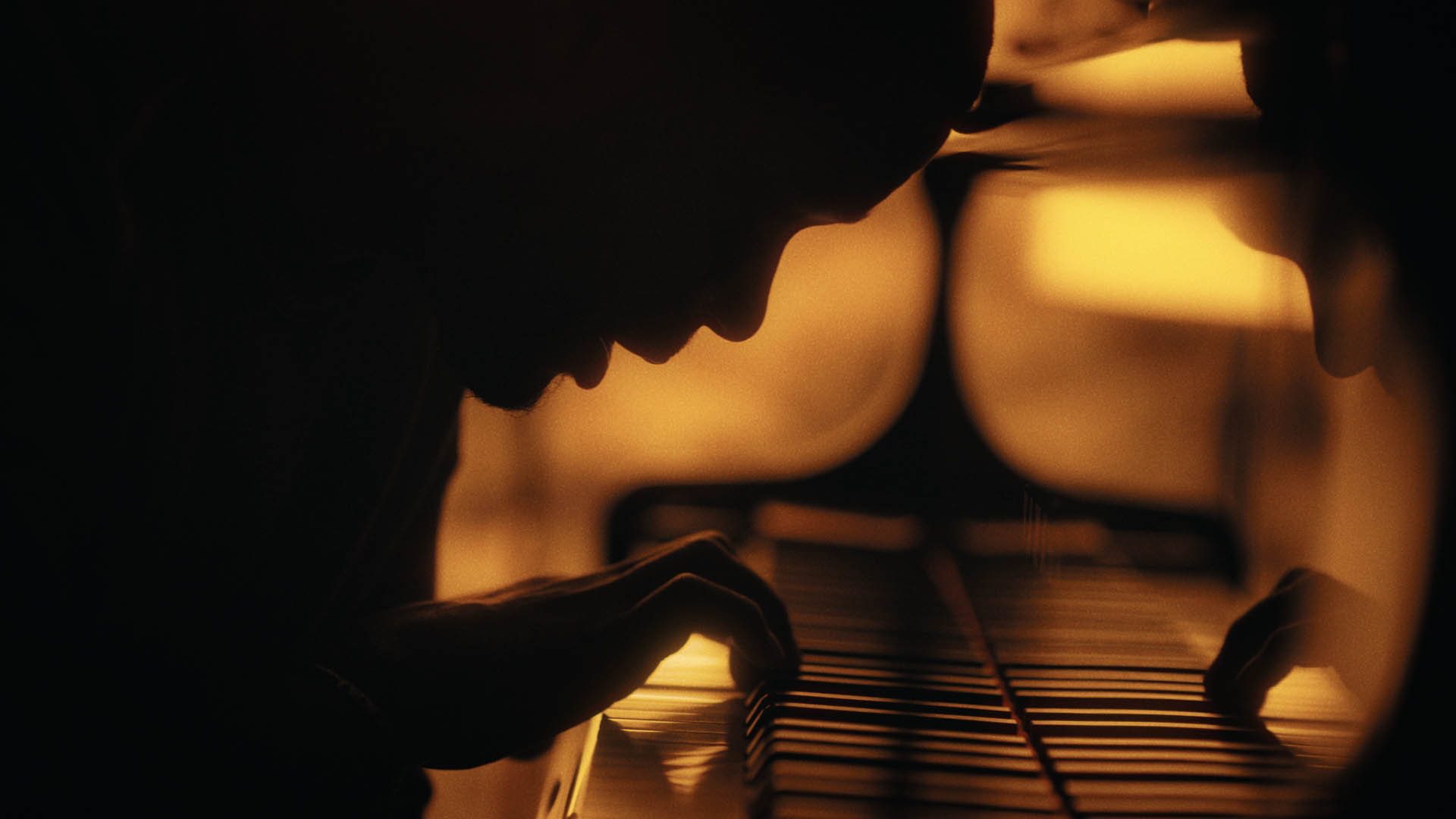 Thinking Like A Colorist. A Case Study of "A Concerto is a Conversation"

I would like to discuss the film and for what reasons I made some of the color choices I did and then briefly, some creative uses for luma mattes to reinforce those color decisions.

For those of you who have not seen the film, I encourage you to now https://vimeo.com/457051968. But for those of you that are too lazy here is a summary.

A Concerto is a Conversation is a filmed conversation between Kris Bowers, an LA based composer and his grandfather Horace Bowers, a Laundromat owner. In the conversation Horace come to terms with the events of his life, reminisces on the challenges he’s overcome and the wisdoms he has gleaned from living a long, complicated and full life. The gist of it is that Horace was born to a large family in the racist South and came to Los Angeles seeking new opportunity, which he found thanks to his ingenuity and pluck. He opened a laundry-mat and helped Kris in his musical journey.

In the piece there are essentially 4 main looks:

5. The rest is archival footage that needs entirely different approach (separate entry on this one day for sure).

Now, something to note here that this is a documentary. And as such, it is NOT production designed, it is NOT art directed. Ben Proudfoot (director) and David Bolen (DP) put an immense amount of prep in, but, ultimately, it's a documentary and not everything can be controlled like it can be in a narrative. Sometimes you just gotta do it in post.

When I received the footage It had a pretty strong direction to it already. With the LUT it seemed to be leaning cooler in the Laundry-mat, but not drastically so, and very warm out of Camera in Kris' house when he’s composing.

So, we have two worlds essentially, the grandfather's world and the Grandson’s world. Cool and Warm. Night and Day. Fire and Ice. I emphasized them them as much as possible and made them compliments of each other in Hue, Sat and luminance. Great. Basic color theory stuff.

Take look below, the two looks:

I extended this "Fire" and "Ice" Motif to every shot I could, even the B-roll that interstitially connected the two looks.

But what if we could combine the two when they are in the space together? A sort of meeting of the color worlds to underscore the thematic significance of the story overall - passing the torch to the younger generation. Would that be possible? I wanted to try...

I always ask myself throughout color: How can I, using contrast, saturation and hue help to underscore the story?

But how to achieve this? The interviews are a heavy handed grade, everything is masked off and the practicals warmed to an intense warm light to tie it to Kris’ composing interior. I'm very thankful for whoever put them there  (I suspect David), I just had to warm them wayyy up. But what about coolness? How could I tie in the Grandfather story into the frame, the coolness?

There were no naturally cool elements in the frame! The windows needed to be white to “anchor” the image, and, besides, it wouldn’t sell as daytime, so it couldn't be blue light coming in. How can I "smuggle" in some cool elements into the frame to balance it out and make that color statement I want to?

This is how Horace Bowers' Shirt looked before I graded it in the interview frame, and then after.

‍
This is a drastic correction using the HSL qualifier and should be used sparingly, but I could juuuusut pull it off I think convincingly though.

The problem was though… with such a drastic correction, I couldn’t continue the look. The wide shots of Horace were just too dark and “deep” in the image, I couldn’t dig it out without everything falling apart and the movement was too complex to mask off myself in Resolve.

They liked it and so we hired David Neiman at Granular FX to do the luma mattes.

For those of you that don’t know, Luma mattes are suuuuper common in high end post production workflows, especially with VFX, but in the indie world, especially the indie doc world… virtually unheard of.

A luma matte is a matte that helps you control a selection in a very precise way, usually the outline of a rotoscoped outline from a VFX program.

This luma matte allowed me to select Horaces shirt and turn it Blue. What do you think?

To my eye this accomplishes two objectives:

2. Maybe nobody would ever notice consciously, but I do think that having a consistent palette that underscores the story helps the mind draw connections and contribute to the sense of a unified artistic whole.

So there it is, a small example of how I think and how I go about accomplishing it.

There’s a lot more I could say about this film, how, for example, I did a very heavy grade on it because there was some VERY challenging footage with house lights in Walt Disney hall that I knew we had to use and somehow shoehorn in there, but perhaps that will be for another day.

What do you guys think of using luma mattes in doc work ? 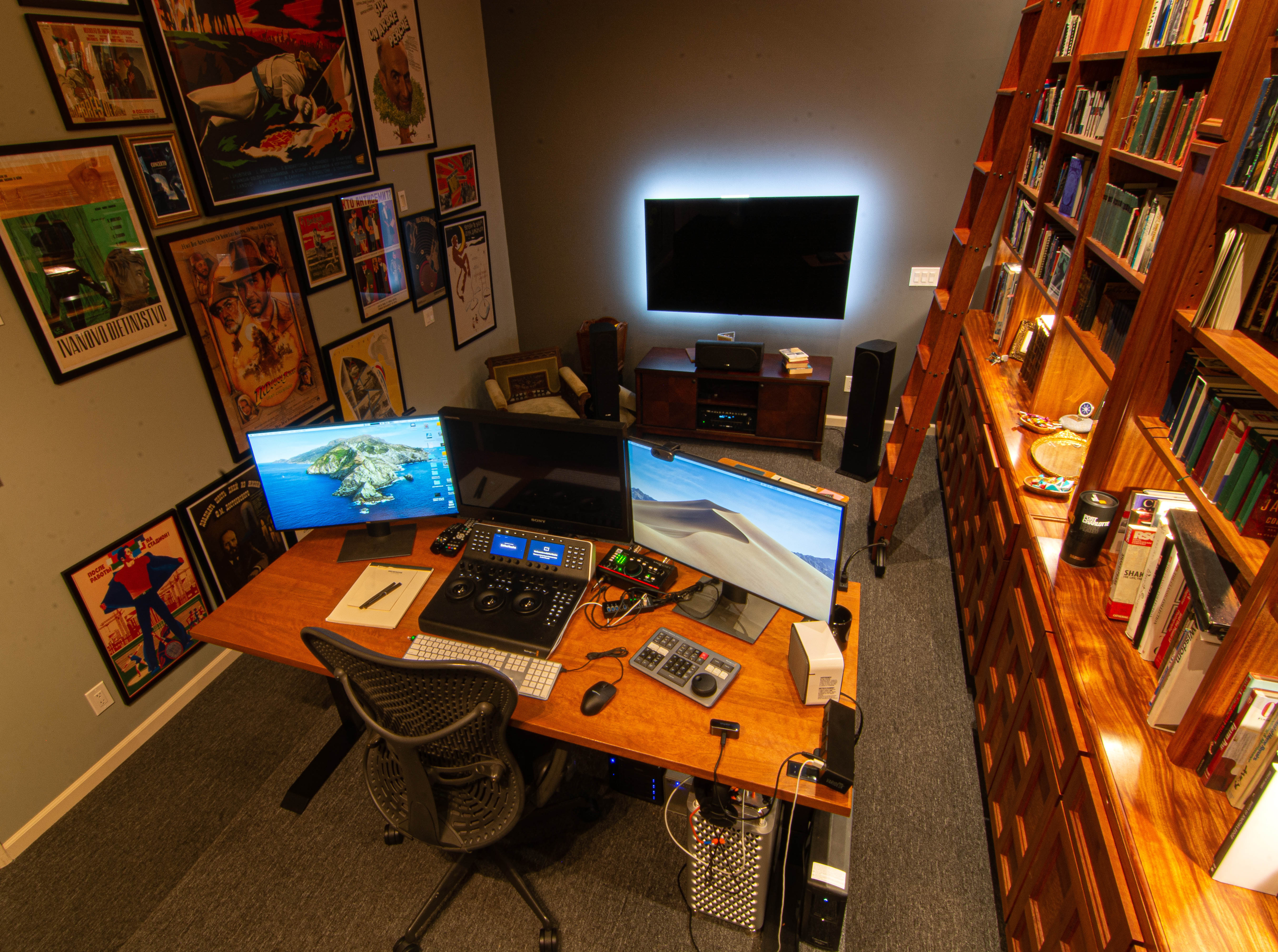 Thinking in Color - Blog Intro and "About Me"
Read More